Some of you had questions about the wash- and light fastness of the dyed yarns in my last post. In Jenny Dean's book i found that mordanting yarn and fabric before dyeing will improve the light- and wash fastness. There are some plants , like rhubarb roots, that will dye without mordanting but then the light fastness will be much weaker.

Some information about indigo from Dean's book.
Indigo is the only natural source of true blues. It gives light- and wash fast shades, ranging from pale sky-blue to deep navy and is the most successful dye ever known. Indigo is a vat dye and requires no mordant.
For indigo dyeing to be successful, the dye solution must be sufficiently alkaline to dissolve the blue-producing dye matter.
Oxygen must also be removed from the vat to convert this indigo blue into so-called indigo yellow/green because indigo will only fix permanently to the fiber in this state. When the fibers are removed from the vat, oxygen in the air converts the yellow/green back into indigo blue, which is now permanently fixed to the fibers. (this is the most magic moment of indigo dyeing)
There are several ways to make an indigo vat, you can use an chemical product as reducing agent to remove the oxygen from the vat.
You also can use a fermentation vat with fructose as reducing agent.
An ancient way of using an indigo vat was using urine ( 2 to 3 weeks old!) which contains ammonia and also bacteria for removing the oxygen.

I used spectralite as a reducing agent and indigo crystals, which were very easy to dissolve in water, which I bought here.
I stitched some shibori patterns in linen shawls. 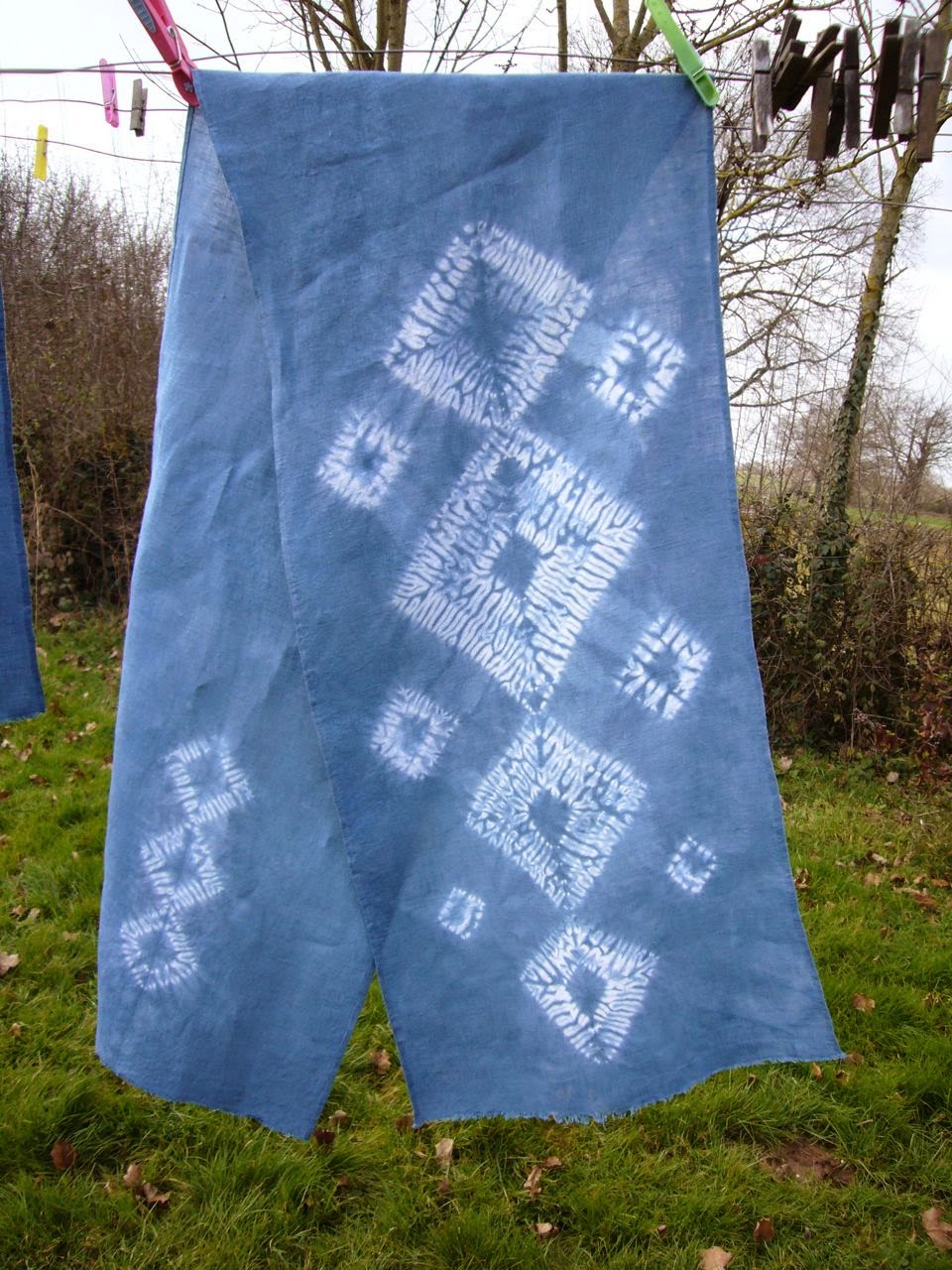 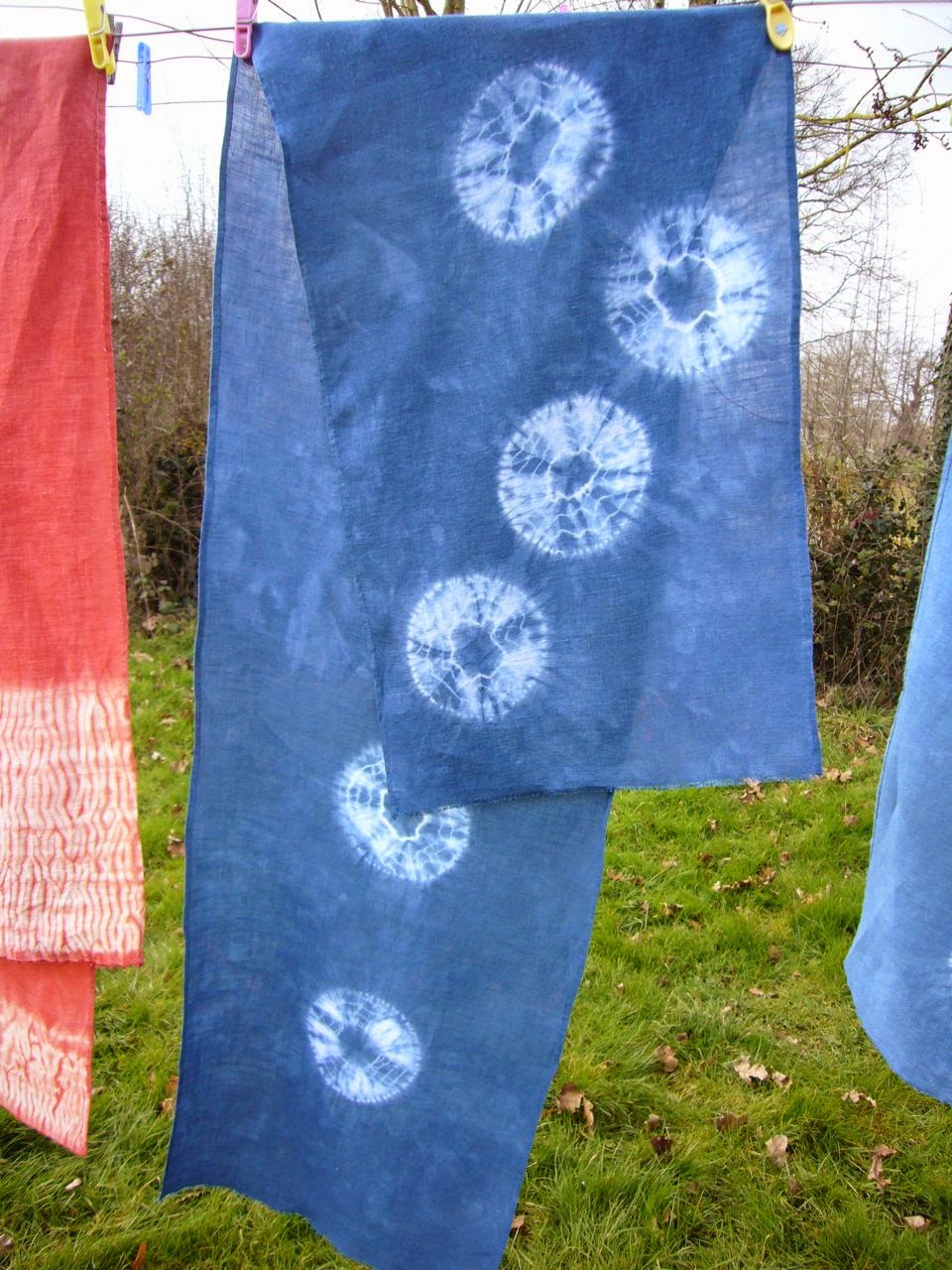 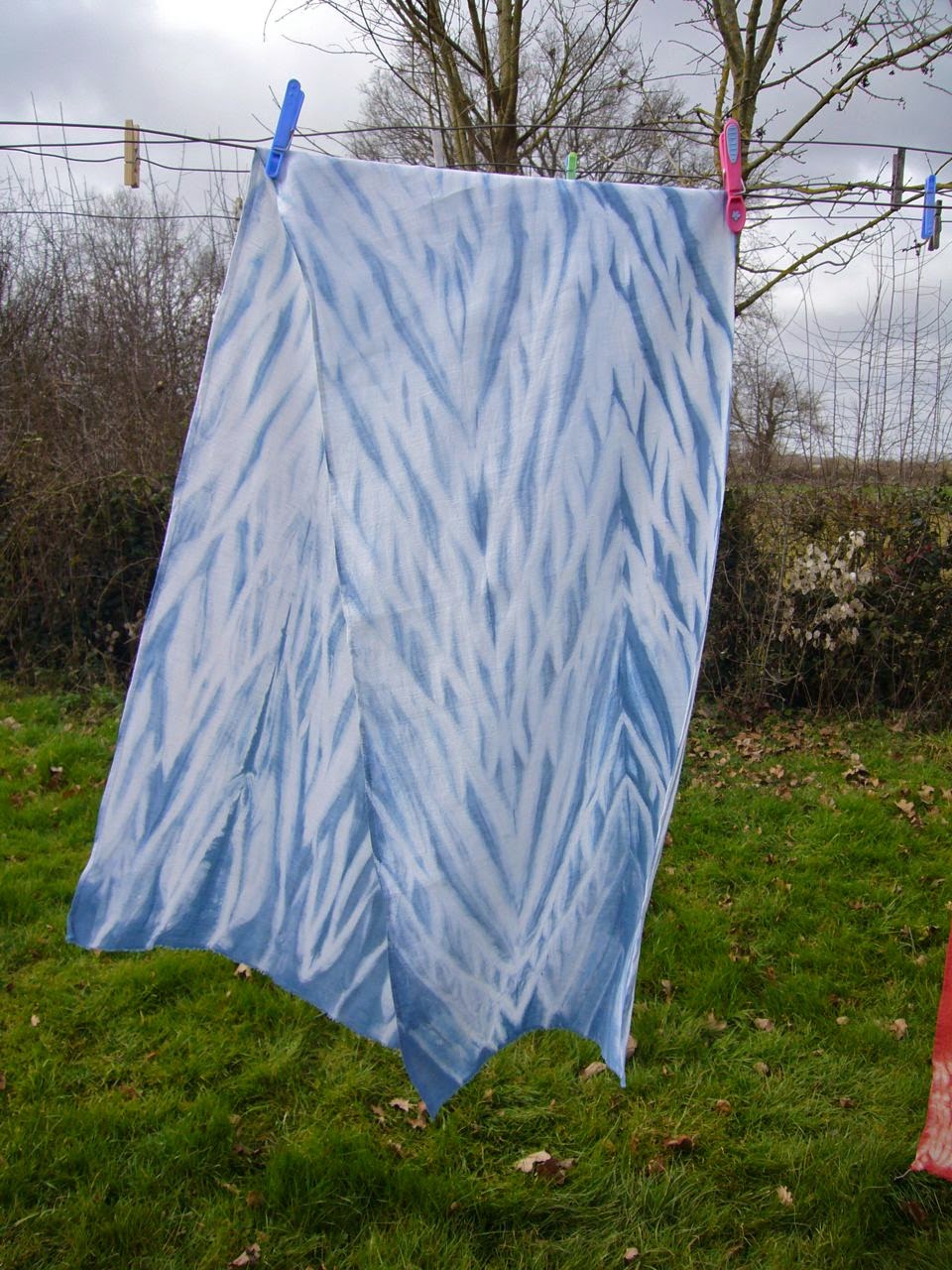 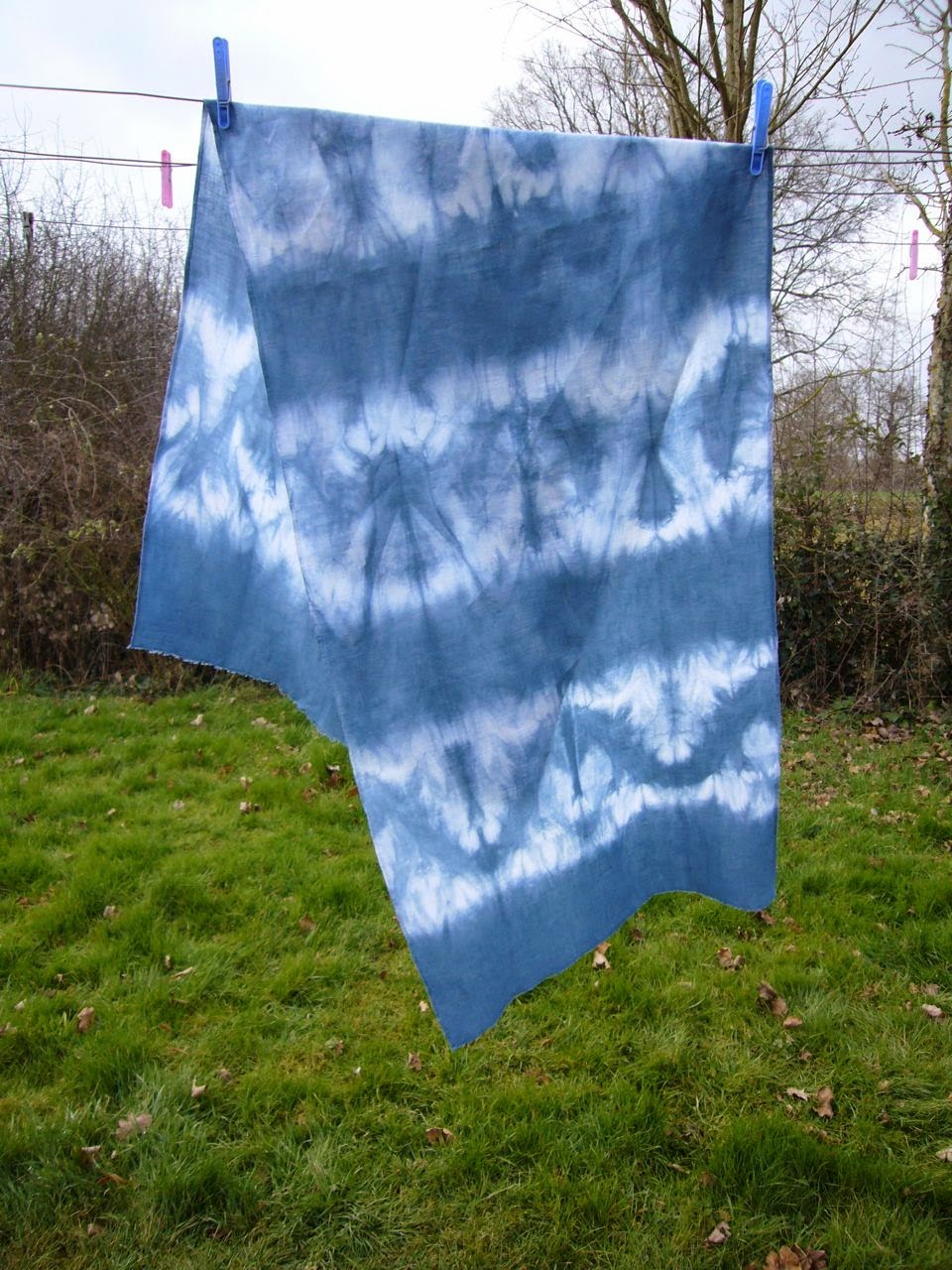 And i made two bags. The front: 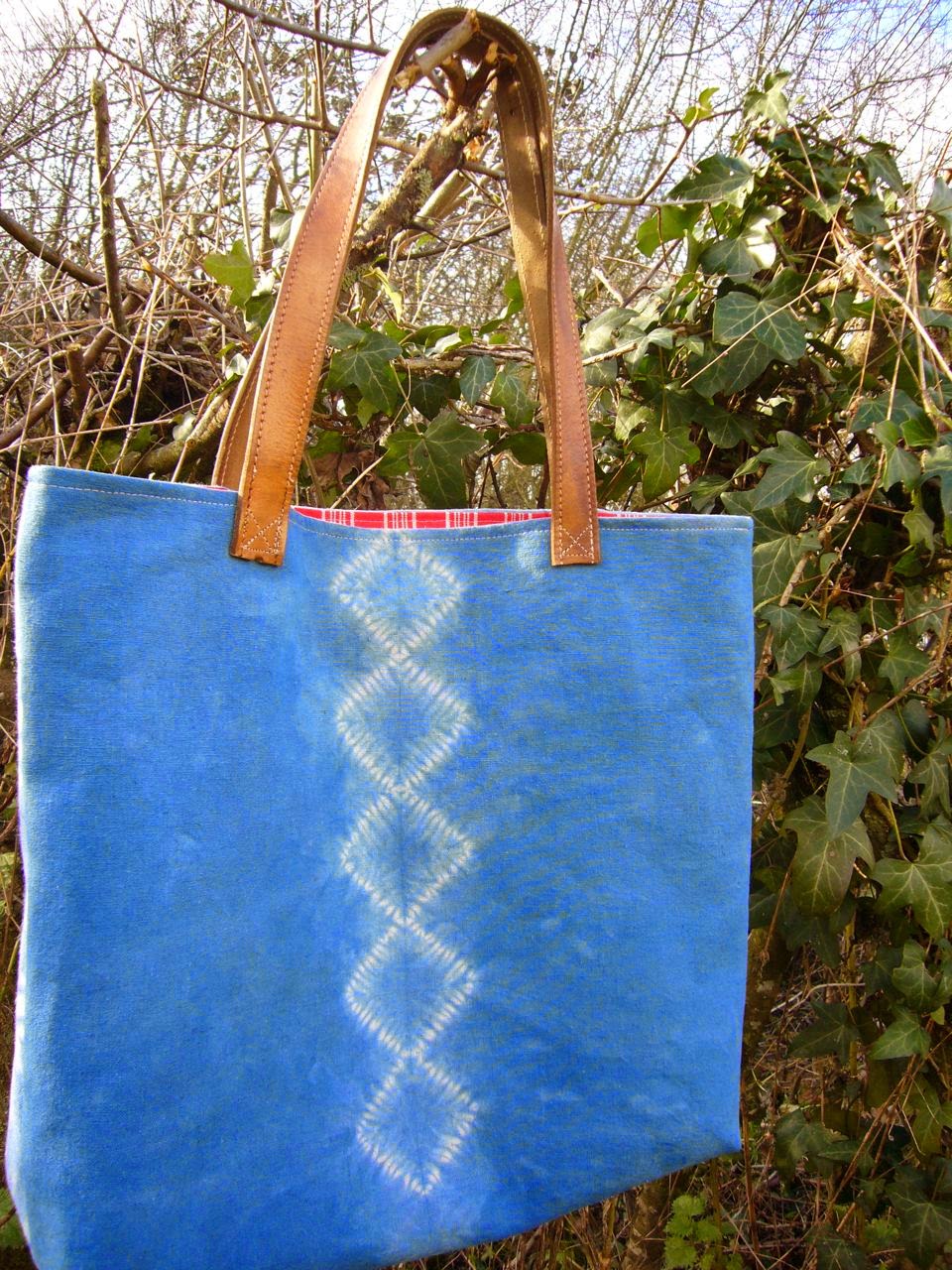 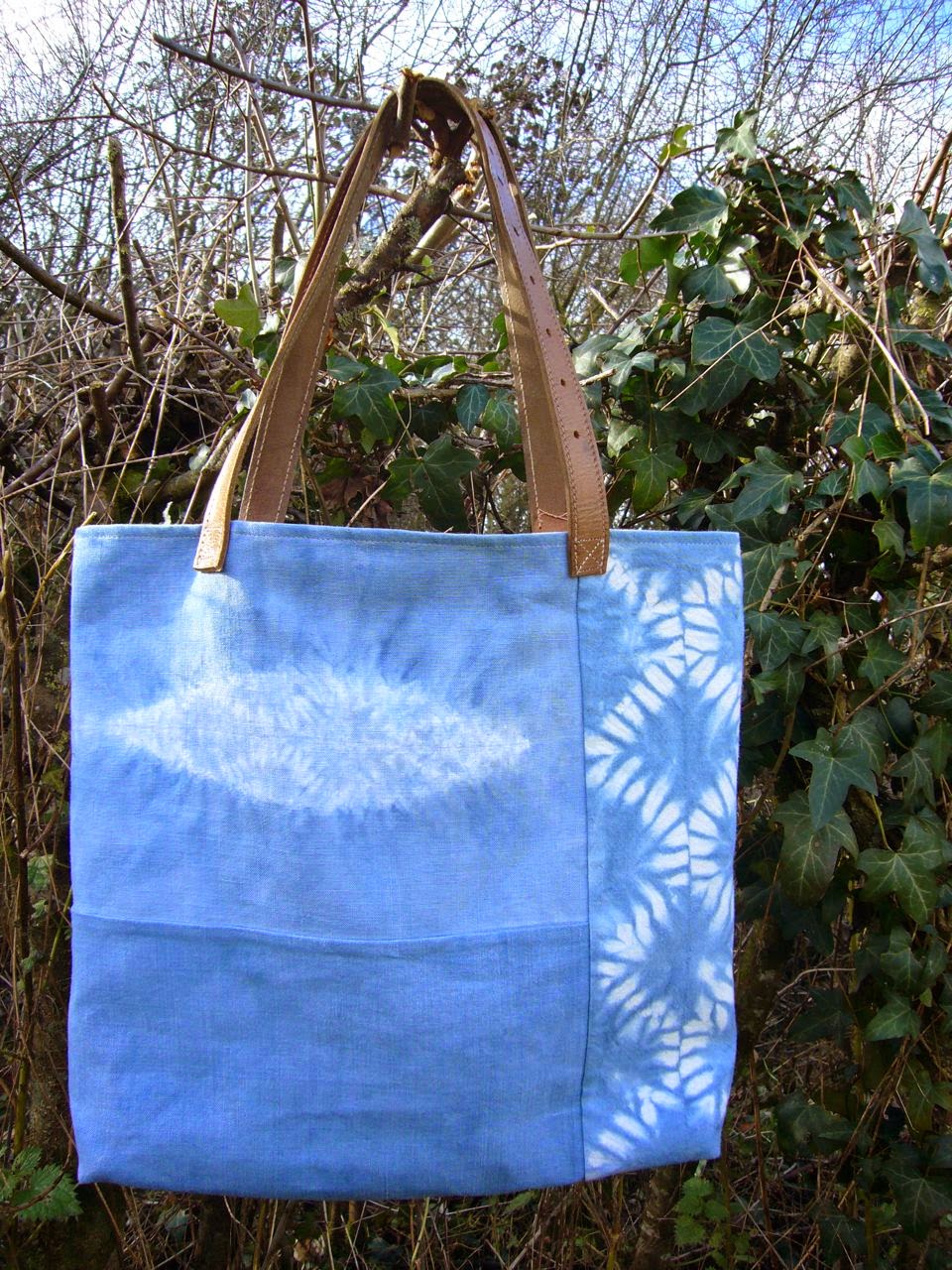 The other one, the front. 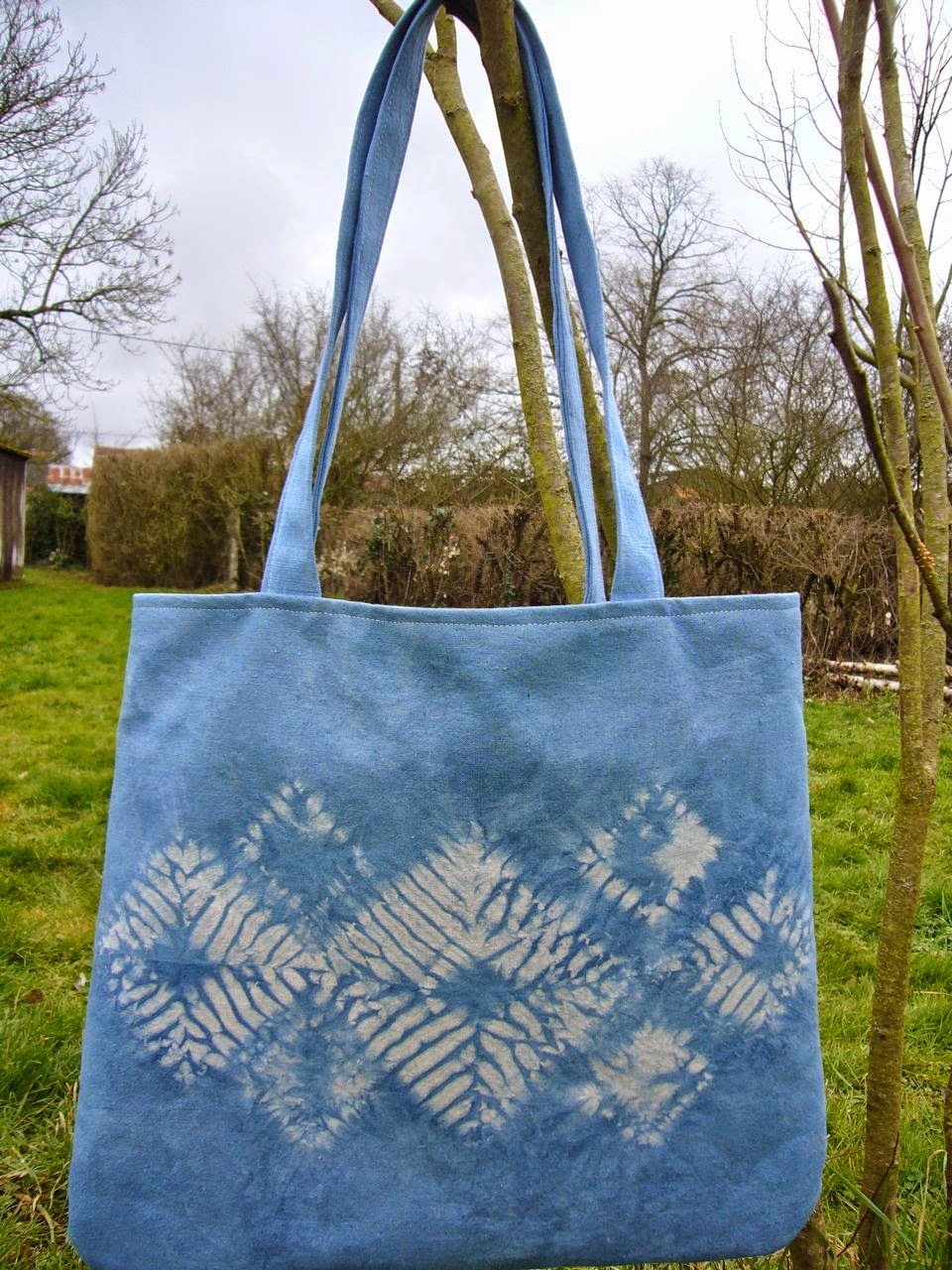 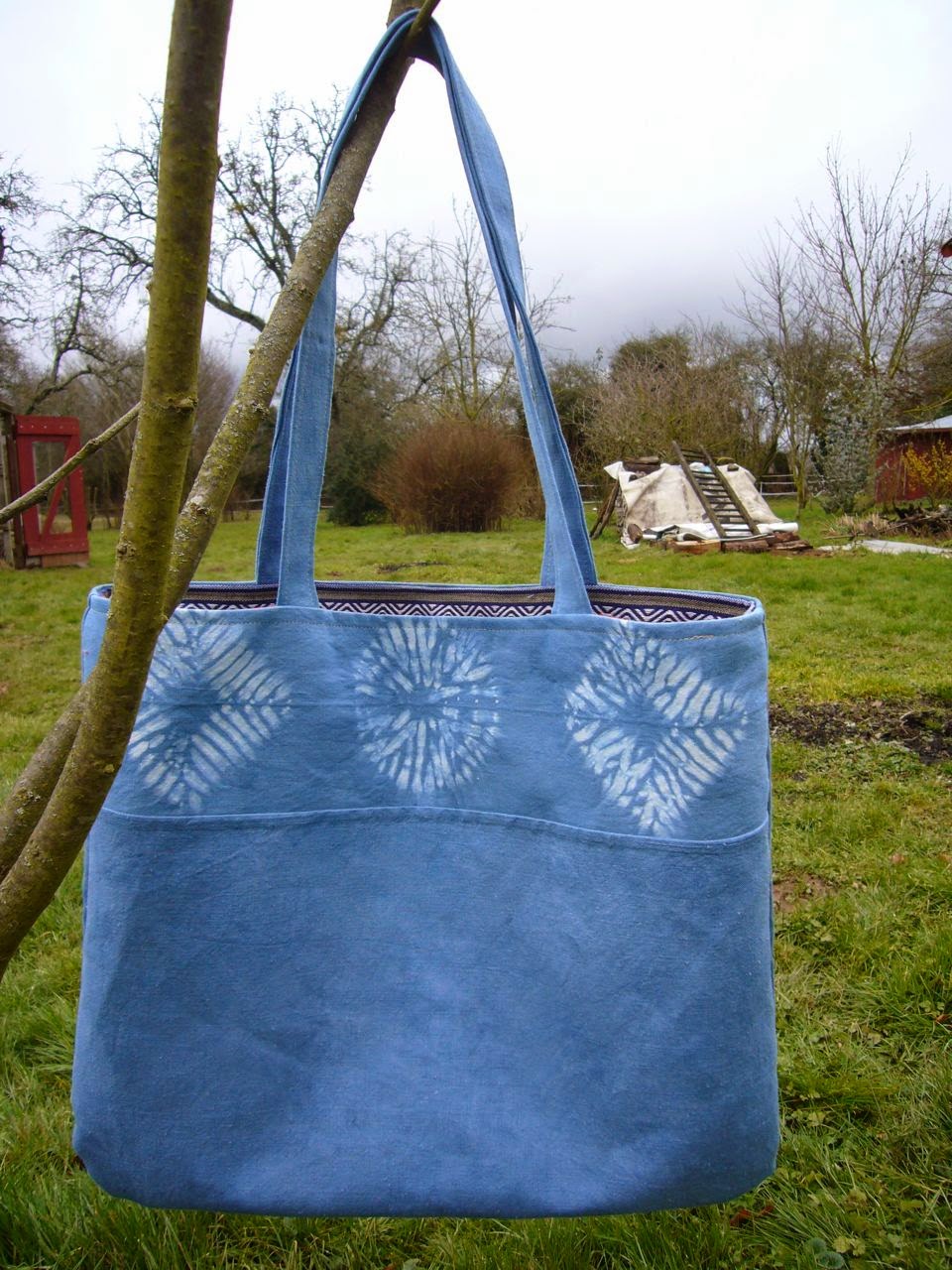