This thursday we are talking about the S. S is for sac, the French word for bag.

I already told you that I am preparing a stand on the fleemarket on the 14th of July.
The 14th of July is a French national holiday, also called Bastille day. It commemorates the storming of the Bastille on the 14 th of July 1789. 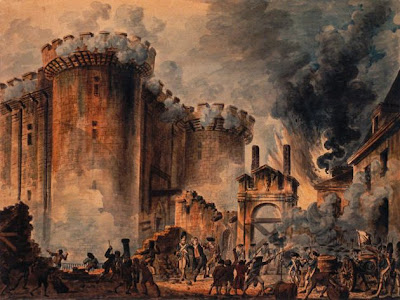 Bastille fight , painting by Laurent Houel
This anniversaire of the storming of the Bastille fortress-prison is  a symbol of the uprising of the modern nation, and the reconciliation of all French inside the costitutional monarchy which preceded the first republic, during the French revolution. 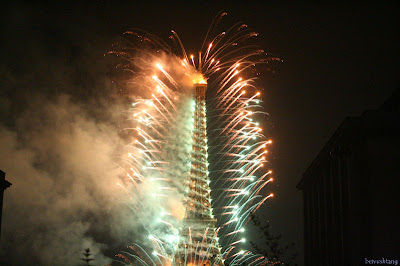 There are many festivities this day. This picture shows the fireworks at the Eiffel Tower on Bastille day.
Yesterday I showed you cute things for my stand.
I also made some bags for children. 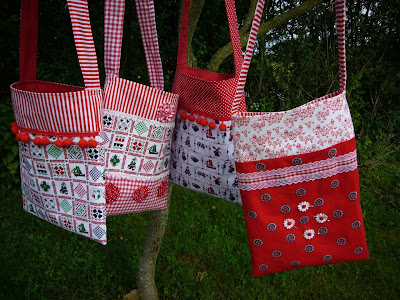 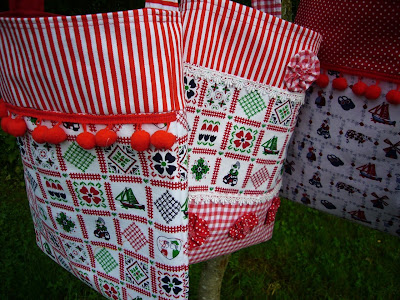 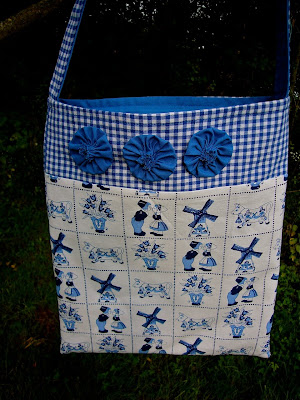 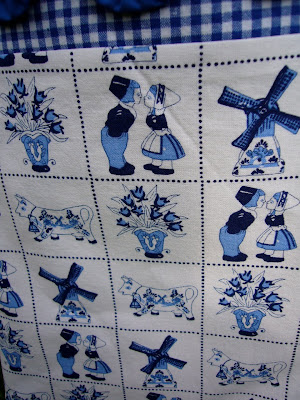 There 'll be more blue ones within some weeks.
I also made 2 large 'adult' bags with many pockets. 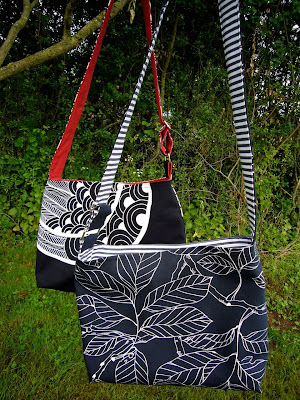