M is for MANGU, one of my donkey's. There are two of them, the other is called Orphée.
First thing i have to do in the morning is feeding the animals. 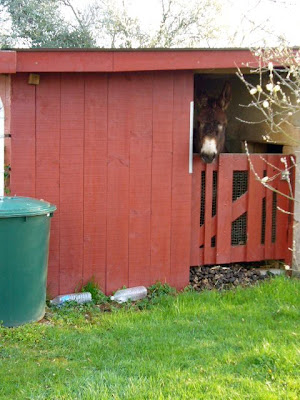 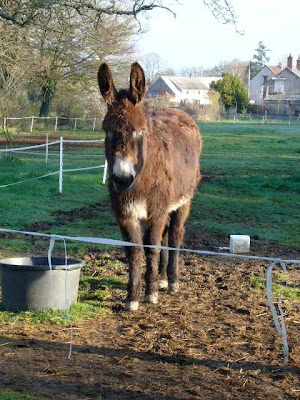 When  I open the barn where the cat sleeps, she immediately goes to Mangu to say good morning. It's so cute to see them caressing each other, the donkey with his big head and large nose and the small, small cat . I cannot show you a picture because when I come with my camera, they finish immediately . It's really their moment of intimacy. Here is a picture of the cat sitting in the hay while the donkeys are eating! 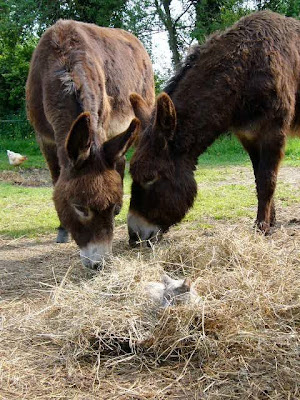 Years ago  in France the donkeys worked on the land , they were very strong and much cheaper than a horse. 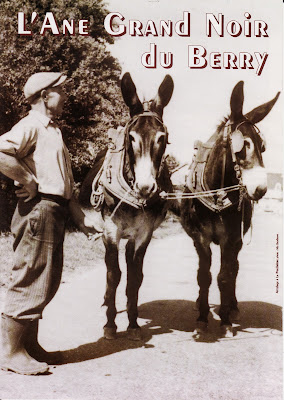 In France there are still several donkey races. Mangu is from this region, he is an 'Grand noir du Berry' (big black from the Berry). 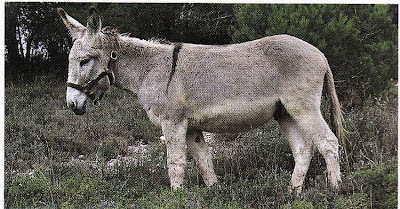 This is the donkey from the Provence, he worked with the sheeps in the mountains. 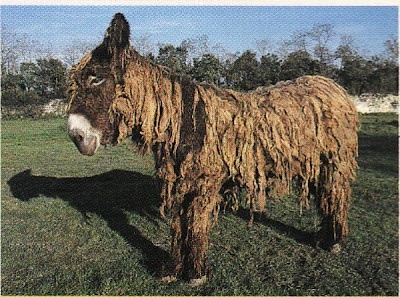 This donkeys is called 'le baudet de Poitou'. he's also called the Rolls-royce of the donkeys. He was already known in the Middle Ages.
Each year sur L'isle de Ré, you can see donkeys with trousers (ânes en culotte). It's an old tradition to protect them against insects. 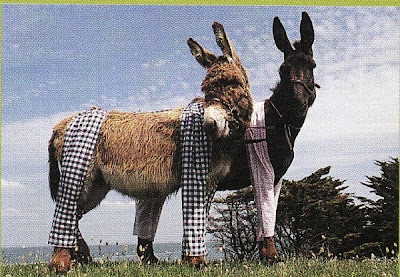 If you want to  try  something different this year , come to France for a walking holiday with a donkey. There are various options for a donkey trekking. A donkey can carry about 30/40 kg of luggage. A holiday like this is very destressing...... 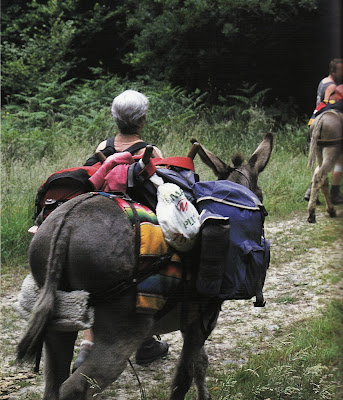