P is for Pèlerinage, the French word for pilgrimage.
Some kilometers from my house is the Christian pilgrimage route  to St Jaques de Compostelle (St James' Way).
St James' way is the pilgrimage to the Cathedral of Santiago in North-West Spain. 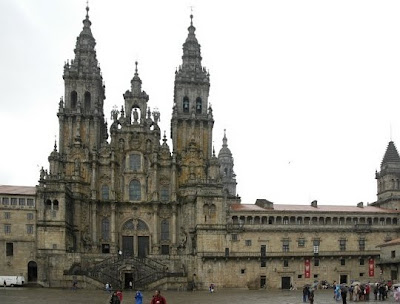 The way of St James has existed for over thousand years. It was one of the most important Christian pilgrimage during medieval times.
Legends holds that St James remains were carried by boat with two of his apostle's  from Jerusalem to norther Spain, where he was burned on the site what is now the city of Santiago de Compostela. 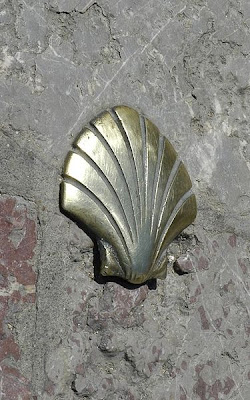 The ST James shell is a symbol which you can often see on the route. The scallop shell is the traditional emblem of James. Medieval Christians making the pilgrimage to his shrine often wore a scallop shell on their hat or clothes.
Today, tens of thousands of Christian pilgrims and other travellers start each year from their front doorstep , or popular starting points across Europe, to make their way to Santiago.
Most travel by foot and bicycle, some with a donkey or a horse. 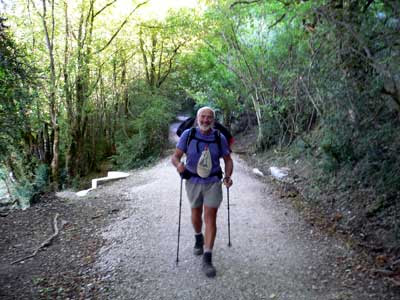 There are many ways you could take to Santiago but the French ways are the most popular.
The route that starts in Vezelay , passes through a village some kilometers from here. So even in my hameau you can often see people walking ..... 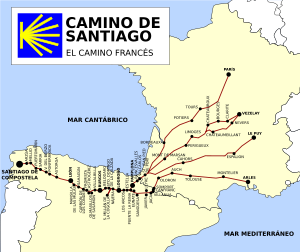