Suebonnet Sue, do you know here? 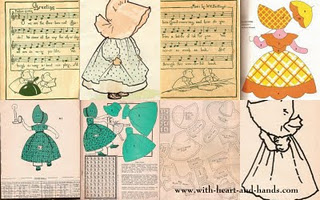 This picture and the information about Suebonnet Sue was found on this blog.


Whether you know the pattern as the Sunbonnet Sue, or the Dutch doll, Bonnie Bonnet, or as the Sun Bonnet Babies....she's been made into quilts, painted on nursery walls, appliqued onto clothing and goes back to our grandmother's or even great-grandmother's time

Many of the illustrators of the late 1800's and the early 20th century drew playful children with big hats or bonnets, but only a few are recognized as being Sue's earliest illustrators. The first is Kate (Catherine)Greenaway (1846-1901) who as a British book editor who often drew pictures of children, especially sweet girls in bonnets on her greeting cards. Many of her designs were used on the patches of fine Victorian crazy quilts or appeared in early editions ofSmithsonian magazine. These were probably Sue's very first appearance in quilts. 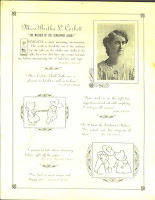 But it is another illustrator, Bertha Corbett Melcher, who is officially regarded as the "Mother of Sunbonnet Babies." Bertha illustrated children's Primer books in the early 1900's and her books depicted girls with their faces hidden by their bonnets. Her drawings caught the eye of a Primer illustrator Eulalie Osgood Grover, and the two women began a collaboration what would last for many year, through many different Primer books.


Browsing on the web you can find so many fabulous Suebonnet's, there is even a Sunbonnet Sue blog! 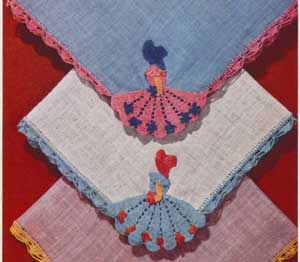 You can find on the blog this pattern of crocheted Suebonnet Sue hankies. 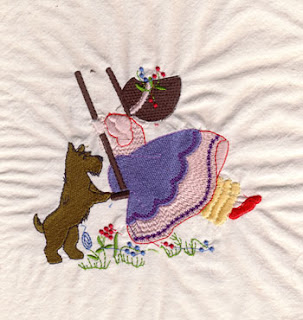 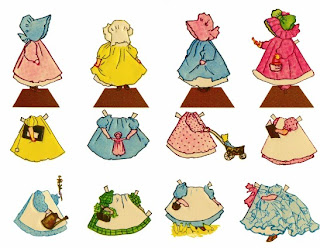 These paperdolls are free to download here.
Tomorrow i'll show you the Suebonnet Sue wall hanging that I made.
Gepost door baukje op 09:58